On November 8th 2007, Vice President Mr. Sun Qingju of the China Central Party School visited GRIPS as the leader of the China Youth Training Executive Delegation, consisting of 77 members. The delegation interacted with our faculty and students through lectures and group sessions during their visit.

The delegation had been invited by the Ministry of Foreign Affairs of Japan, to promote the people-to-people exchange between the trainees of China Central Party School and the young leaders of Japan in the government and private sectors.

After Dr. Tatsuo Hatta, President of GRIPS and Mr. Sun Qingju gave their opening addresses, Mr. Yoshimasa Hayashi, the Secretary-General of the China-Japan Friendship Federation of National Diet Members and a member of the House of Councilors, gave a lecture entitled “China-Japan Relationship and Asia in the 21st Century” at the Sokairou Hall.

In the afternoon, the delegation was divided into three groups, “Administration”, “Economy” and “Environment”. The “Administration” group received a lecture by Prof. Jun Iio on “The Recent Trends in Japanese Politics” and another one titled “The Japan’s Defense Policy in the Past/ Present/ Future” by Assistant Prof. Narushige Michishita. After the lectures, the group had a lively discussion. The “Economy” group received a lecture on “Japan’s Social Security System and It’s Indication to China” by Ms. Zhou Yanfei, a researcher of the Japan Institute for Labor Policy and Training. The “Environment” group’s lecture was titled “Japan’s Science and Technology Policy and Environment Technology” and it was given by Mr. Tateo Arimoto, Director of the Research Institute of Science and Technology for Society, Japan Science and Technology Agency. All the groups needed more than their originally scheduled time as their Q&A sessions were vibrant. 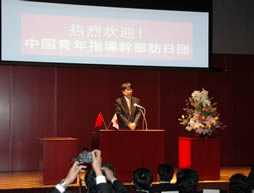 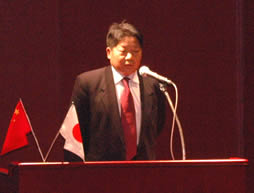 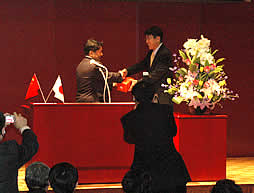 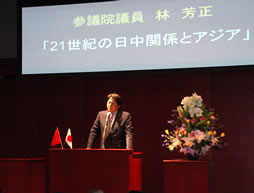 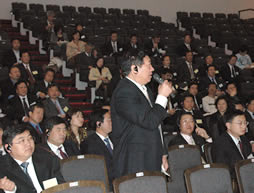 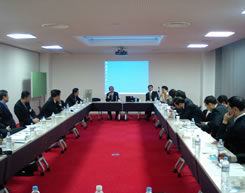