The Minato Film Screening was held at Sokairo hall, GRIPS on 18 October.

This screening was a fringe event for the 22nd Tokyo International Film Festival, one of the largest film festivals in Asia, held from 17 – 25 October in Roppongi Hills.

At this screening, “School Days with a Pig” directed by Tetsu Maeda, which won the Audience Award from last year’s Festival, was shown in Japanese and with English subtitles.

Over 400 people including around 30 GRIPS international students came to this event and enjoyed the film. 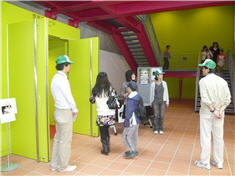 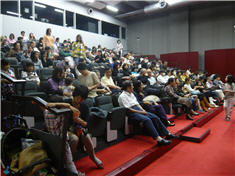