GRIPS Forum “Is There a Unique “Asian Consensus” for Development? － Lessons from Asian Development History－” 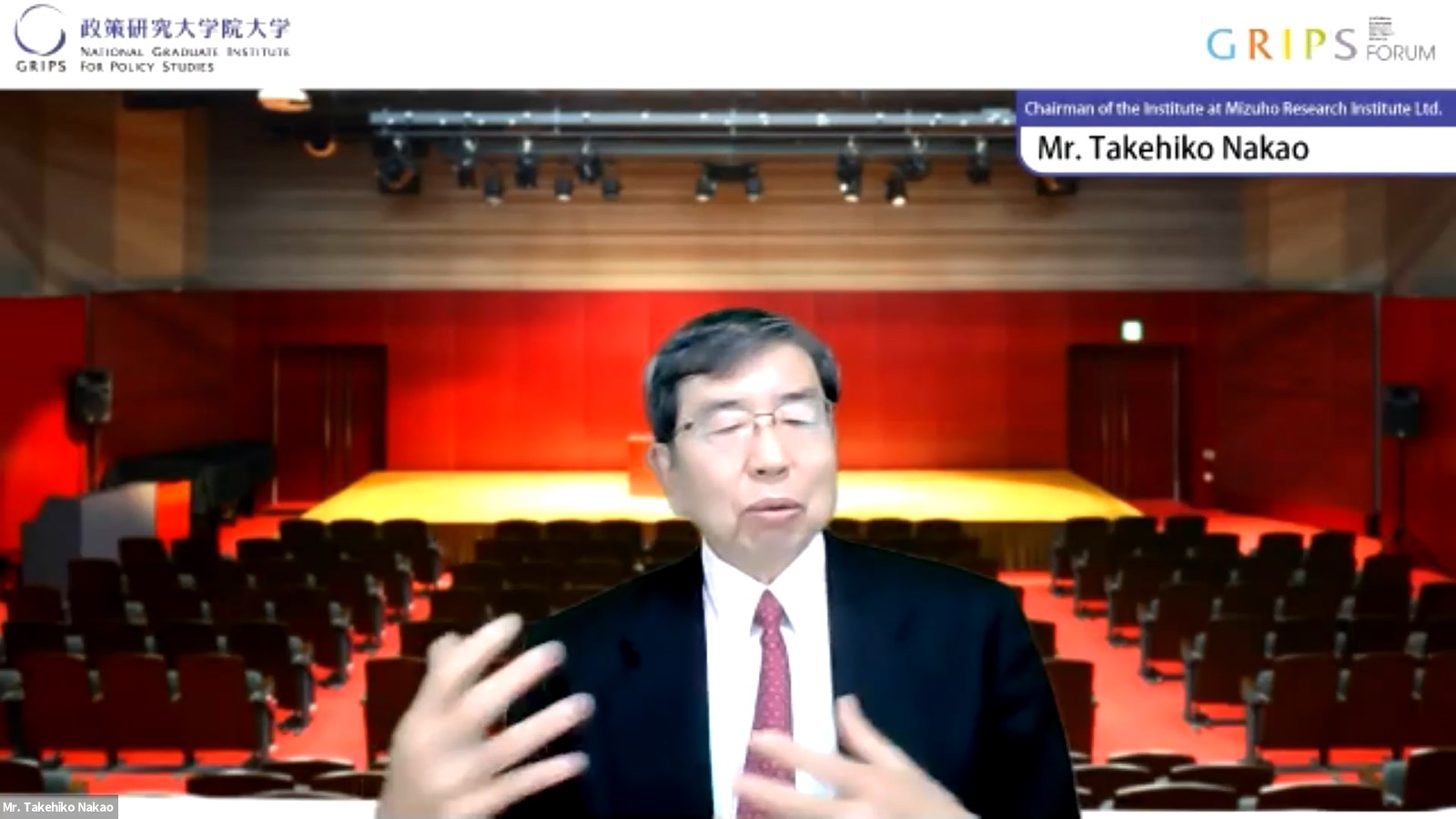 At GRIPS Forum on 21 December, 2020, Mr. Takehiko Nakao, Chairman of the Institute at Mizuho Research Institute Ltd., gave a lecture titled “Is There a Unique “Asian Consensus” for Development? － Lessons from Asian Development History”. 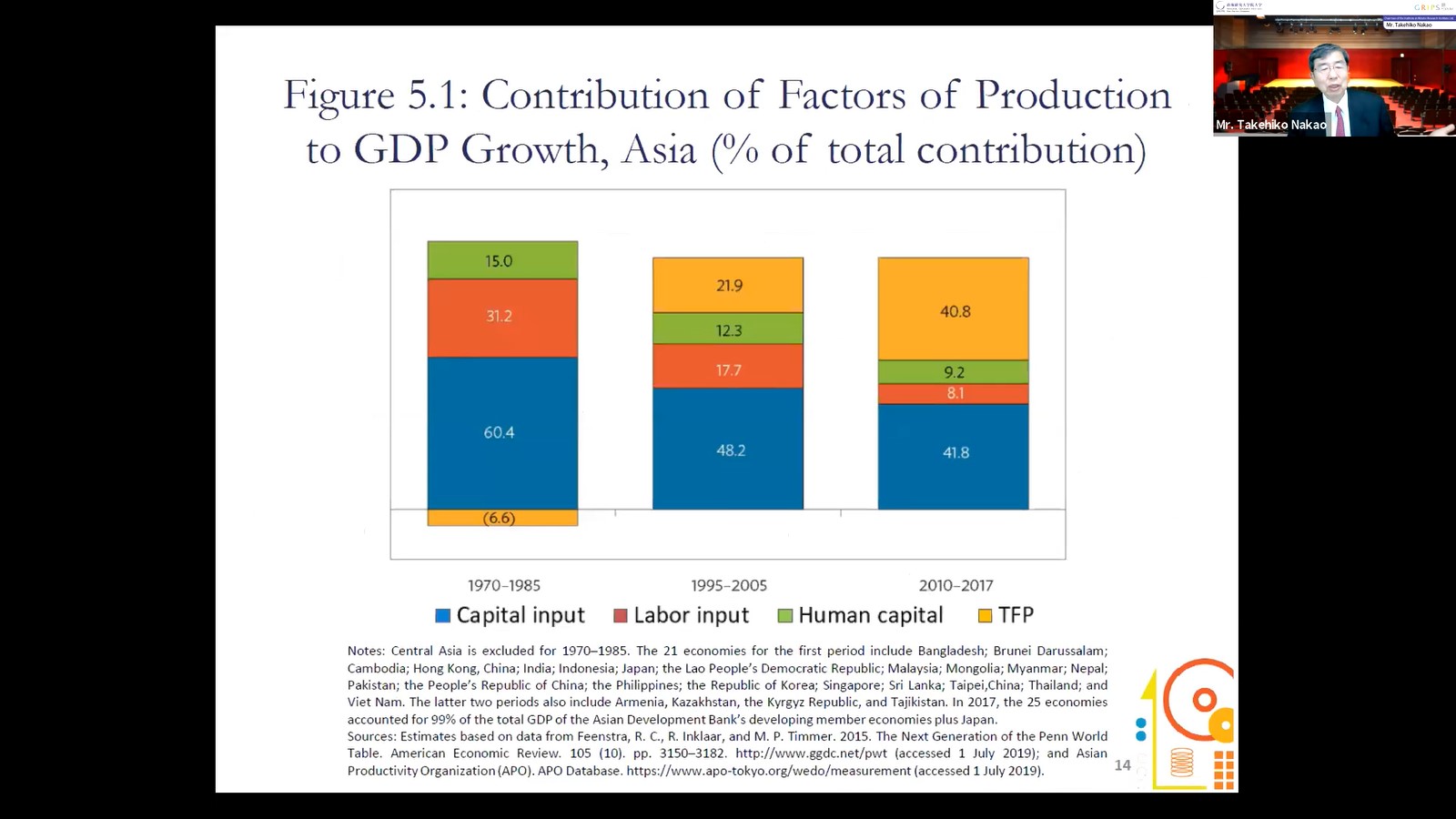 When Asian Development Bank was established in 1966, Asia was the poorest region in the world. Except Japan which had started modernization and industrialization in the late 19th century, the view about Asia’s development was pessimistic. Today, it produces the third of world GDP, and is expected to be more than half by 2050. What were the reasons for the region’s postwar economic success? The ADB published in January 2020 Asia’s Journey to Prosperity discussing 15 areas of development. This book’s position is that there is no such thing as an “Asian Consensus”.  The former ADB President who lead this publication offers his ideas about Asian development in this lecture.

Mr. Takehiko Nakao is currently the Chairman of the Institute at Mizuho Research Institute Ltd. Concurrently, he teaches as Visiting Professor at the National Graduate Institute for Policy Studies (GRIPS) and Graduate School of Public Policy, the University of Tokyo.

From April 2013 to January 2020, Mr. Nakao served as President of the Asian Development Bank (ADB).

Mr. Nakao was the Vice Minister of Finance for International Affairs between 2011 and 2013. Mr. Nakao gained extensive experience in international finance and development since he joined the Ministry of Finance in 1978. He worked as advisor at IMF’s Policy Development and Review Department between 1994 and 1997.