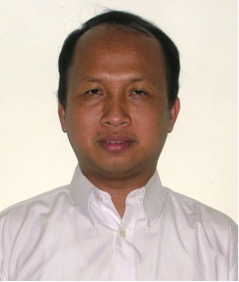 Ministry of Villages, Disadvantaged Regions and Transmigration
Republic of Indonesia

Please tell us about your career path so far. What is your area of specialization and how did you come to work in this area?

After I graduated from the Faculty of Political and Social Science of Gadjah Mada University in 1993, I directly joined The National Institute of Public Administration (NIPA), a national government institution that is authorized to provide leadership training for Indonesian civil servants starting from manager up to director general levels. In 1996, I obtained a Japanese government scholarship to study in the Graduate School of Policy Science (GSPS), Saitama University. When I returned from Japan in the fall of 1998, I went back to NIPA, and was appointed to several positions as Deputy Director in its research center and training center. Between 2003 and 2007, I was back in Japan as a Ph.D. student at GRIPS, focusing on research in education policy under the supervision of Prof. Tatsuo Oyama. After completing my doctorate degree in 2007, I returned to The National Institute of Public Administration, where I was assigned Deputy Director of the Center for Institutional Performance Studies, and was promoted to Director in 2012. I assumed several director-level positions until May 2015, when I was selected – through the very competitive “open recruitment system” – to be the Secretary General for The Ministry of Villages, Development of Disadvantaged Regions and Transmigration (MOVI) and appointed by Presidential Decree of The Republic of Indonesia.

You are currently working as Secretary General for The Ministry of Villages, Development of Disadvantaged Regions and Transmigration. What are your main responsibilities and duties? 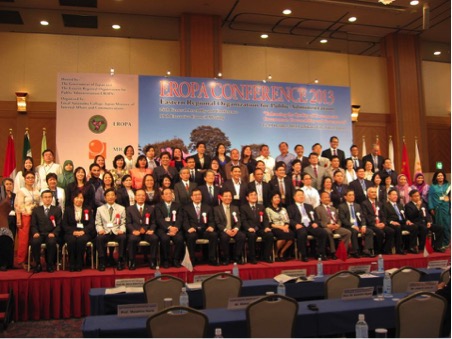 The main tasks as Secretary General are coordinating program activities and (re)arranging the organization and human resources with a view to supporting the successful achievement of the institutional performance targets. The Ministry of Villages, Development of Disadvantaged Areas, and Transmigration (MOVi) has a mandate to implement the Law No 6/2014 on Villages, to alleviate some disadvantaged regions, and to implement transmigration policies, i.e. encouraging Indonesian people to migrate from most the densely populated regions to less populated ones. In implementing the mandate, we have predetermined several performance targets, which include establishing 5,000 self-sufficient villages out of 74,093 villages that are spread out all over Indonesia, reducing the number of disadvantaged regions from 122 to 80 within a five-year period, and encouraging the relocation of the population of up to more than one million people within the coming five years. The main duties of Secretary General are to cordinate and ensure that all ministrial pograms will be implemented well. We also coordinate dealings with the national parlement, from planning and budgetting to monitoring and evaluation of the programs.

What are some of the biggest challenges you face in your work? And what have been the most interesting or rewarding aspects of your career thus far?

The biggest challenge is to consolidate officials from various government institutions. This ministry is formed by combining three functions that existed under three different ministries, i.e. the Directorate General of the Villlage Empowerment, the Ministry of Home Affairs, Directorate General of Transmigration from the Ministry of Manpower and Transmigration, and the State Ministry of Development of Disadvantaged Areas. At present MOVi has approximately 2,500 employees with the majority posted in Jakarta and partially spread out in 7 regional offices. Apart from that, we also deal with around 32,000 facilitators (village companions) in villages whose main task is to supervise village funds. However, the most interesting as well as challenging part for the Ministry is the mandate of implementing the policy of transferring village funds and entrusting a high level of independency to the village societies to spend the funds in line with their needs. This is a fiscal revolution in Indonesia. Luckily our Ministry has a relatively high public support.

As the Secretary General, perhaps, there is also an element of pride because I had to go through a long process of open recruitment, until finally being selected by the President.

In your current capacity, what do you see as the main opportunities and challenges for Indonesia over the course of the next five to ten years?

As I can see, the opportunities and challenges for Indonesia in the next five to ten years to come are very big. It will certainly not be easy to become a role model for becoming successful in nurturing productive economic activities and improving public welfare through designing and implementing policies that provide ample opportunities for community participation and consultation. All of this heavily depends upon the commitment and consistency to deliver the policies as good as possible.

In the meantime, the government has allocated substantial funds for the regions and villages. These funds are expected to increase in the future. To ensure the funds needed to stimulate the revival of local and village economies, competent personnel is required to make it happen, and that is one of our challenging tasks and responsibilities.

You first completed the Masters program at GRIPS’ predecessor GSPS in 1998 and then came back to pursue your Ph.D. at GRIPS. How do you compare these experiences? How has GRIPS, and Japan, changed over the years? 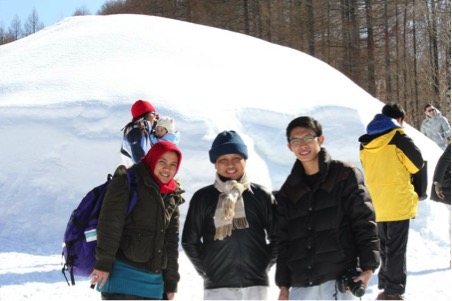 With GRIPS fellow students on a school trip to Nagano, 2011

The obvious difference is the duration of the study. The master’s degree program I participated in at GRIPS’ predecessor GSPS was for two years. These days, most master programs at GRIPS take only one year to complete. Of course with less time but the same targets, it makes the students have a much tighter schedule to complete their study leaving them less time for socializing and making friends with Japanese. Another thing that distinguishes the current students’ experience from ours at GSPS, is that back then all students stayed in one residence, the on-campus International House, whereas in GRIPS students are staying in many different places. Nevertheless the most important thing is that GRIPS has transformed itself as a leading higher education institution in Japan. In fact, it has become a world-class university in the field of policy studies.

You spent about six years in Japan and obtained both your Masters and Ph.D. from GRIPS. How has your time and studies in Japan influenced you in your subsequent life and career?

Besides useful knowledge I obtained from my studies, the six-year experience of living in Japan has also fundamentally changed my way of thinking and doing. Being respectful and appreciative to others is a significant lesson of life I learned during my stay in Japan. As well as discipline, conformity, and warmth in friendship. Another matter that I think of as an important lesson concerning Japanese people is the way they preserve their traditions but at the same time they accommodate modern values that are very dynamic. I recall one Japanese philosophy that is known as “wakon yosai”, Japanese spirit and western techniques. They do not contradict but complement each other.

What are some of the fondest memories of your time spent at GRIPS? And what do you miss about Japan?

I really miss the kindness and the hospitality of my sensei (professor) and all administrative staff in GRIPS. They are all incredible people. They worked very professionally and are highly dedicated by being hospitable and helpful to all students who experienced some difficulties, particularly in their daily life in Japan. Starting from a very simple matter like how to communicate in the post office, hospital, or getting their children enrolled in schools, obtaining information on bazars or flea markets etc.. The staff was always there to cater for all our needs. The relationship with my professor was also very close; we were like families. When we had a problem, our sensei would help find a solution for us. Specifically I wish to convey my sincere gratitude to Oyama sensei and to all his students that had successfully established a Research Operation Community in GRIPS.

How do you maintain the balance between work and the rest of your life? What is your favorite thing to do when you are not working? 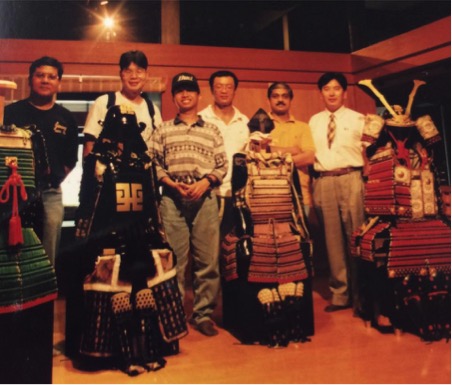 With some GSPS fellow students at Saitama University, 1998

For me we must have a balance between work and social life, and the same goes for studying in GRIPS. Although the asignments in GRIPS are very tough, one must not forget to spare some time for relaxation with family and friends. Therefore, I always make time for going out with my family, or just eat or watch movies. Apart from that, I really like to keep communicating with my friends, amongst them my fellow colleagues from the time I was at GRIPS. In between a busy schedule, we hold meetings several times, particularly when a sensei comes to visit Indonesia. I also still keep in touch with fellow Japanese friends. Whenever I come to Japan, I find the time to meet them.

If you could give one piece of advice to anyone considering studying at GRIPS what would it be?

My advice would be to balance your time for study and time for building friendly networks with fellow academic colleagues and Japanese people. Learning from outside campus will often be useful when we return to our own work environment. I still remember what was once said by then Vice President, Tatsuo Oyama, that the true test for anyone is the real world. In an academic setting, the research and analysis are often guided by our experienced advisors, but in real life we are left on our own.

How would you like to maintain involved with the School? What do you expect from GRIPS as an alumnus?

I truly hope that GRIPS will become our strategic partner particularly in contributing constructive concepts that can be used to improve the policies made by our Ministry. GRIPS can play an important role in knowledge production which can improve the quality of the policy produced by the Ministry.

Do you have any suggestions on how to further utilize the GRIPS alumni network?

I believe that alumni are one of the main pillars in higher education. Several universities are very advanced and popular because they are supported by a solid alumni network. In brief, we wish to strengthen the network through intensive communication and exchange of alumni experiences. Alumni reunions organized by GRIPS and alumni around the world are one way but it would also be meaningful if we could organize a conference or seminar where current issues would be discussed.