GRIPS Forum “In the Business of Improving Global Sanitation and Hygiene” 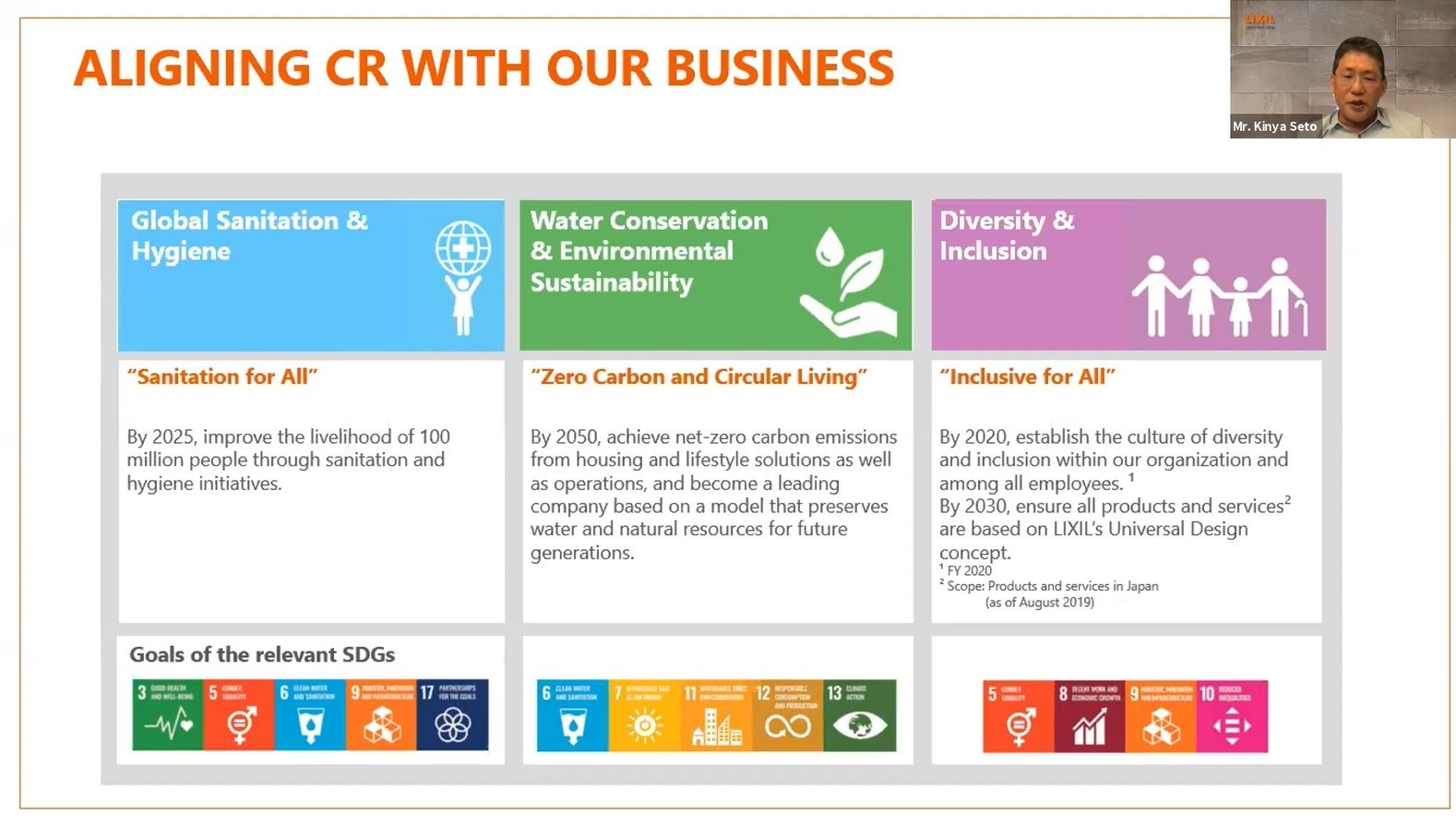 At GRIPS Forum on 18 January, 2021, Mr. Kinya Seto, President and CEO, LIXIL Corporation, gave a lecture titled “In the Business of Improving Global Sanitation and Hygiene”

In 2016, Kinya Seto took charge of one of the world’s largest water and housing product companies, LIXIL. For the serial entrepreneur, repositioning the Tokyo-based giant posed a new challenge. Formed through a rapid series of M&A and with approximately 60,000 employees worldwide, Seto believed that the company – like any person – needed a greater purpose to unite it. Today, two billion people do not have access to safe and clean toilets, while three billion do not have access to handwashing facilities at home. Contributing to solving global issues highlighted by the UN’s SDGs, including global sanitation and hygiene, has become fundamental to turning the iconic home product manufacturer into a purpose-driven company.

Kinya Seto serves as President and CEO of LIXIL, a maker of pioneering water and housing products known for its global brands INAX, GROHE, American Standard and TOSTEM, since 2016. He began his career in 1983 with Sumitomo Corporation, a major Japanese trading company, before going on to establish more than ten companies in Japan and overseas, including MonotaRO, which under his leadership grew into the largest and most profitable MRO distribution companies in Japan. In addition, Seto has previously also held global leadership roles at W.W. Grainger, Inc. in US, a leading MRO supplier.