GRIPS Forum “Aiming to be “Aomori: The Place People Choose”” 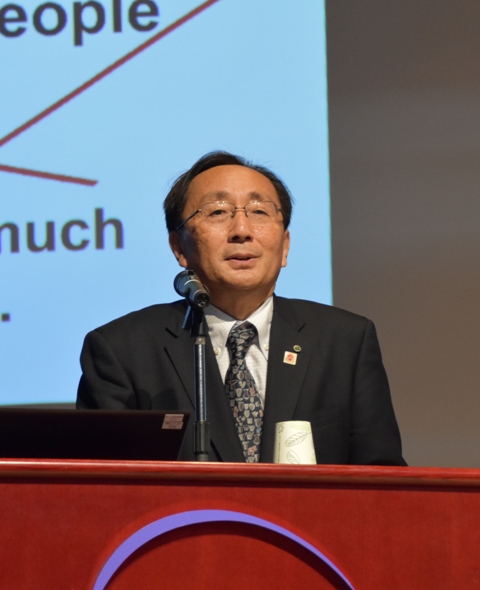 Despite this, the residents of Aomori Prefecture have set out to build a more sustainable prefecture for themselves in which they can go on working and living in safety and security. To that end, residents have begun developing mechanisms for stimulating the local economy as a community and are implementing a variety of measures distinctive to Aomori Prefecture, based on the Aomori Prefecture Master Plan launched this fiscal year titled “Aiming to be “Aomori: The Place People Choose”. This talk will introduce prefectural initiatives such as these while looking back over the

Shingo Mimura was born 1956 in the town of Momoishi, Kamikita District, Aomori (Momoishi is today known as Oirase). He graduated from Hachinohe High School and matriculated at the Faculty of Letters, University of Tokyo. After graduating from university, he joined Shinchosha Publishing Co. and worked in editing. In 1992, he was elected mayor of the town of Momoishi at the young age of 35 (at the time, the youngest head of local government in Japan). In 2000, he was elected to the House of Representatives of the Diet, and subsequently became Governor of Aomori Prefecture in July 2003. Mimura is currently 63 years old and in his 5th term as governor.