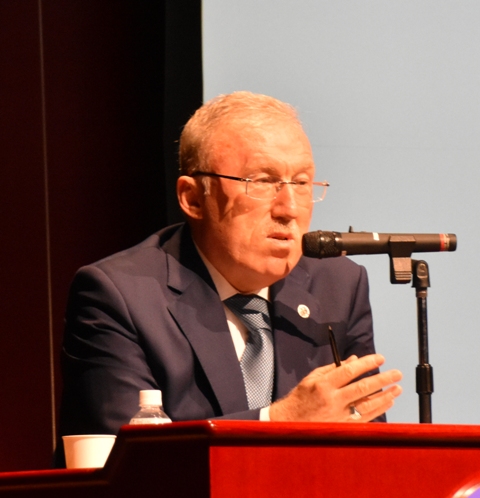 At GRIPS Forum on 25 November, 2019, His Excellency Dr. Hasan Murat MERCAN, Ambassador Extraordinary and Plenipotentiary of the Republic of Turkey, gave a lecture titled “Turkish Foreign Policy adopting itself to challenges in and around her region”.

The world is undergoing sweeping change and transformation, leaving pervasive impacts on every level. During such a volatile period, serious global fractures in political and economic areas emerge and balances of power are rapidly shifting.

The crises erupting in various regions across the globe, most significantly in Turkey’s neighborhood, are threatening the global peace and stability. At the same time, multiple challenges, including international terrorism, proliferation of weapons of mass destruction, poverty, climate change, fragile governance, and refugee crisis further complicate the international security environment.

And Turkey lies at the heart of this geography. 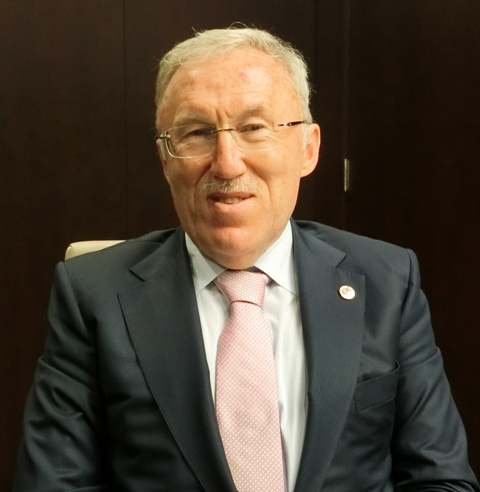 PRESENT AND PREVIOUS FUNCTIONS, FUNCTIONS IN THE PARLIAMENT

Ambassador of the Republic of Turkey (November 2017-)

Deputy for Eskişehir, Chairman of the Committee on Foreign Affairs (2007- 2011)

FUNCTIONS IN THE JUSTICE AND DEVELOPMENT PARTY

Founding Member of the Justice and Development Party

The Forum welcomes attendance of GRIPS faculty and students as well as participants from outside the university. Simultaneous interpretation will be available (Japanese/English).