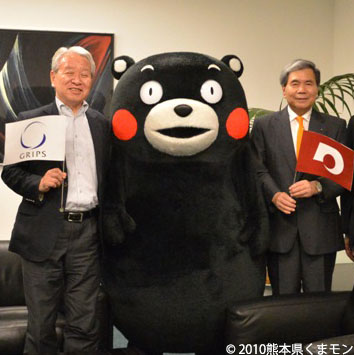 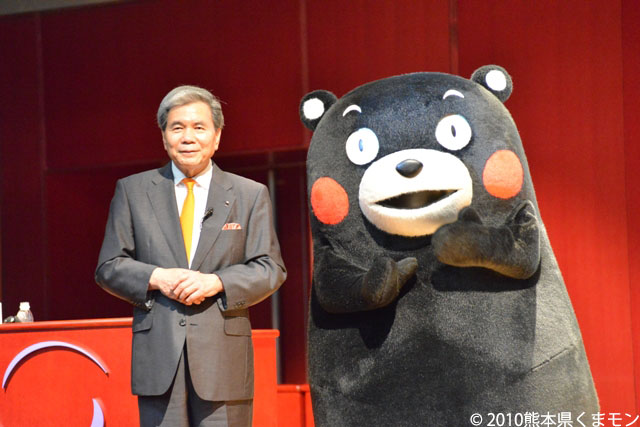 Picture right: Governor Kabashima and KUMAMON during the lecture

The earthquakes that occurred in Kumamoto in April 2016 caused enormous damage around the prefecture. Against a backdrop of unprecedented adversity, I resolved not just to return Kumamoto to the way it was through recovery and reconstruction, but to aim for creative recovery that would lead to further development for Kumamoto.

“Finding a dream in adversity.” Here I will introduce my political philosophy for recovery, the concrete actions taken by Kumamoto Prefecture, and the role played by Kumamon – the symbol of recovery.