GRIPS and University College Cork in Ireland co-hosted a webinar on Japanese foreign policy on March 30, 2021 with the generous support of the Ministry of Foreign Affairs of Japan.

Professor Yoko Iwama of GRIPS gave a lecture entitled, “’China Challenge’ and Japan’s Foreign and Security Policy” in which she discussed the modern history and National Security Policy of Japan, the recent movement of China as well as China-Japan and US-Japan relations.

Dr. Mervyn O’Doriscoll, professor at University College Cork moderated the webinar, with about 30 participants including his students, faculty members and other guests.

During the discussion session, students raised many questions such as the details of collective defense, US-Japan Alliance and Japan’s relations with NATO. It was a great opportunity to deepen their understandings on National Security issues of East Asia. Viewers reported finding “the event was incredibly fascinating and insightful” and “I never knew that much about Japan and it’s an area that we never talk about in Ireland”. 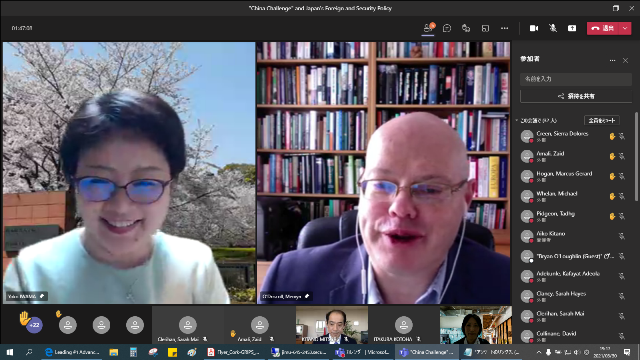 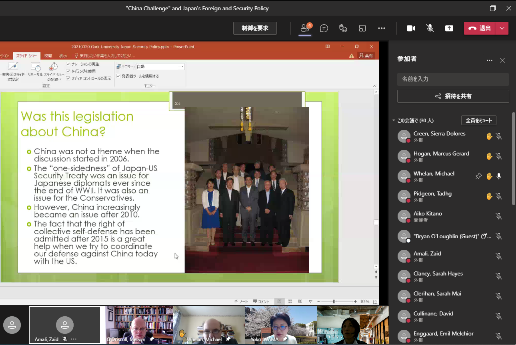