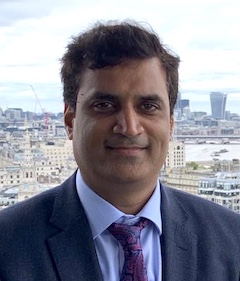 After completing his M.A. from Pune University in 1998, Rahul passed India’s Civil Services examination and was selected to join the 1999 batch of the India Revenue Service (IRS/ Customs). During his career spanning more than 20 years, he has worked in various capacities in India, including Under Secretary in the Ministry of Finance in Delhi, Additional Director of Central Excise Intelligence and Additional Commissioner of Customs in Mumbai. He received the Presidential Award for Specially Distinguished Record of Service in 2019. He is currently on deputation to the Foreign Ministry to work in the Indian Embassy in the United Kingdom as a specialist in Trade and Customs matters.

Rahul received his Master in Public Finance from GRIPS in 2010 and was chosen as Valedictorian at Graduation Ceremony.