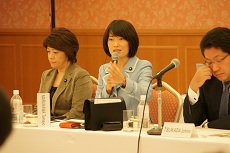 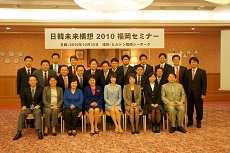 The tenth Japan-Korea Future Initiative seminar was held during October 30-31, 2010 in Fukuoka, Japan.
At this seminar, discussions were made on the agendas “How to Cope with the Rise of China: Groping for Korea-Japan Cooperation” and “Korea and Japan in a New Millennium: Searching for visions and Projects”, as well as exchange of opinions on the internal political situation of both countries.