The “Japan-Korea Visions of the Future Seminar 2008″ where Japanese and Korean congressmen can informally discuss current issues freely was held in Nagoya during 6-7 June, 2008.
This seminar, sponsored jointly by Seoul National University and GRIPS, arose from the common recognition that a firm relationship among the congressmen unaffected by short-term political outlooks is necessary in order to build a lasting relationship of mutual trust.
The seminar was held for the first time in 2006 and twice a year since, alternating between Korea and Japan.
The Nagoya seminar marked the 5th one of this series, and altogether over 20 congressmen joined from Japan and Korea. Topics ranging from national security, agricultural commodities and economic disparity were discussed. The seminar was concluded with the congressmen agreeing to continue to hold this seminar as an opportunity to exchange candid and constructive opinions. 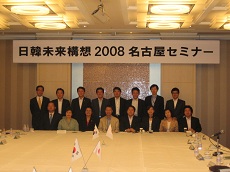 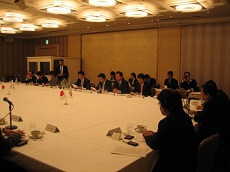