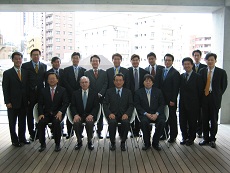 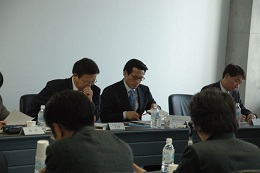 The first Japan-Korea Future Initiative seminar was held during March 17-18, 2006 in Tokyo. This seminar, sponsored jointly by Seoul National University and GRIPS, arose from the common recognition that a firm relationship among the congressmen unaffected by short-term political outlooks is necessary in order to build a lasting relationship of mutual trust.  At this seminar the following issues were on the table: “domestic political situation and the role of political leaders in promotion cooperation between Japan and Korea” on Economic Issues, and on Diplomacy and Security issues “the East-Asian situation and Japan-Korea cooperation”.

Professor Gerald Curtis (Professor at GRIPS) and Professor Han Seung-soo (Senior Fellow at GRIPS) attended this seminar to act as facilitators to the discussions.  They commented that they hoped this seminar continues to be held regularly in the future.