We are pleased to announce the 3rd GRIPS Student Conference, to be held on Tuesday, September 2, 2014. This year’s theme is “Toward Sustainable Development: Challenges for Global Leaders“.

The conference is open to all GRIPS and non-GRIPS students, researchers, and professionals. Participation is free of charge.

The complete and detailed schedule is now available for download here.

About the keynote speakers 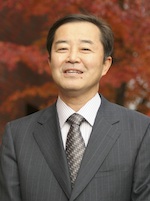 Kaoru Sugihara is Senior Professor at the National Graduate Institute for Policy Studies. Trained in Japan as an economic historian, he worked for the School of Oriental and African Studies, University of London, from 1985 to 1996, before returning to Japan to serve for Osaka University (1996-2006), Kyoto University (2006-2012) and the University of Tokyo (2012-2013). He has written widely on Japanese, Asian and global economic and environmental history, including Patterns and Development of Intra-Asian Trade (1996 in Japanese; recipient of the Nikkei Book Prize for Economics and the Suntory Book Prize for Academic Works), Japan, China and the Growth of the Asian International Economy, 1850-1949 (ed., Oxford University Press, 2005) and Labour-intensive Industrialization in Global History (co-ed., Routledge, 2013). He has been one of the four organizers of the London-based Global Economic History Network (2003-2006), activities of which resulted in a number of internationally influential publications. From 2007 to 2012 he acted as convener of a large-scale interdisciplinary project (“Global COE”) on environmental sustainability in tropical Asia and Africa at Kyoto University. So far seven volumes of research have been published from this project in Japanese. He was president of the Socio-Economic History Society, Japan, and was a member of the Executive Committee of the International Economic History Association. He is currently vice-chair of the Future Earth Committee of the Science Council of Japan. 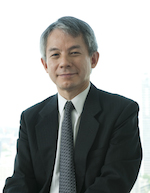 In 1984, Hara founded DEFTA Partners and became a partner at Accel Partners in the 1990s. Hara helped to create and manage IT firms as chairman, board member of companies such as Borland (2nd largest PC software), PictureTel (teleconference), Oplus Technologies (Merged with Intel in 2005), Broadware (merged with Cisco in 2007), Transitive Technology (merged with IBM in 2008) and Fortinet (NASDAQ IPO in 2009). While creating ventures in advanced nations, Hara founded DEFTA Development Holdings to bring cost effective information infrastructure technologies to less developed countries in Asia and Africa through private and public sector initiatives.

In the public sector, Hara serves as Chairman of the Alliance Forum Foundation, an international organization in special consultative status with the UN Economic and Social Council. He has served on the boards of the San Francisco Opera, San Francisco Zoo, University of San Francisco, Tokyo Foundation, and Hara Research which offers fellowships for interdisciplinary between life& computer science. Hara was a UN Fellow and holds LL.B. from Keio Univ. and M.S. from the Graduate School of Engineering at Stanford University.

GRIPS has been hosting the GRIPS Student Conference since 2012. The Conference brings together a diverse group of students, researchers, and professionals from various disciplines and backgrounds to share ideas and research findings on political, social, and economic challenges facing the world today and to discuss how these challenges can be addressed for sustainable development. Our goal is threefold: to promote a scholarly exchange of ideas, to set new research directions, and to encourage rigorous inter-disciplinary research and collaboration.

This year, we focus on the changes and continuity in economic and political research and reflect on ways in which global leaders can learn from historical analogies. We also take an in-depth look at the role of emerging economies in sustainable development and the challenges facing them today.

The conference is open to all GRIPS and non-GRIPS students, researchers, and professionals, and it provides an excellent opportunity for young as well as established researchers to share expertise in important policy areas, contribute to existing scholarship, and expand their network of colleagues and collaborators.

If you would like to attend the conference, please register online, or send an email to studentconference@grips.ac.jp