/ Database “The World and Japan” Project /

What is database “The World and Japan”?

The substance of this project is the provision of accurate basic information on the world situation and Japanese politics and diplomacy in the modern age, extending to the present. The project was launched with a view to heightening the level of specialized research on and education in Japanese politics and diplomacy and the world situation. At the same time, we hope that by providing fundamental factual information about such matters as treaties, speeches and chronological data, we will help to enhance the quality of discussion of international issues in the policy-making arena, within government and in the mass media of each country, and in informal interfaces such as social network services.

In the “The World and Japan” database, we are building two databases for public availability: the “Japanese Politics and International Relations” database, which is a compilation of basic documents related to the world situation and Japanese politics and diplomacy in the modern age; and the in-depth “Chronology of the 20th and 21st Centuries” database.

*Jump to each page by clicking the appropriate image. 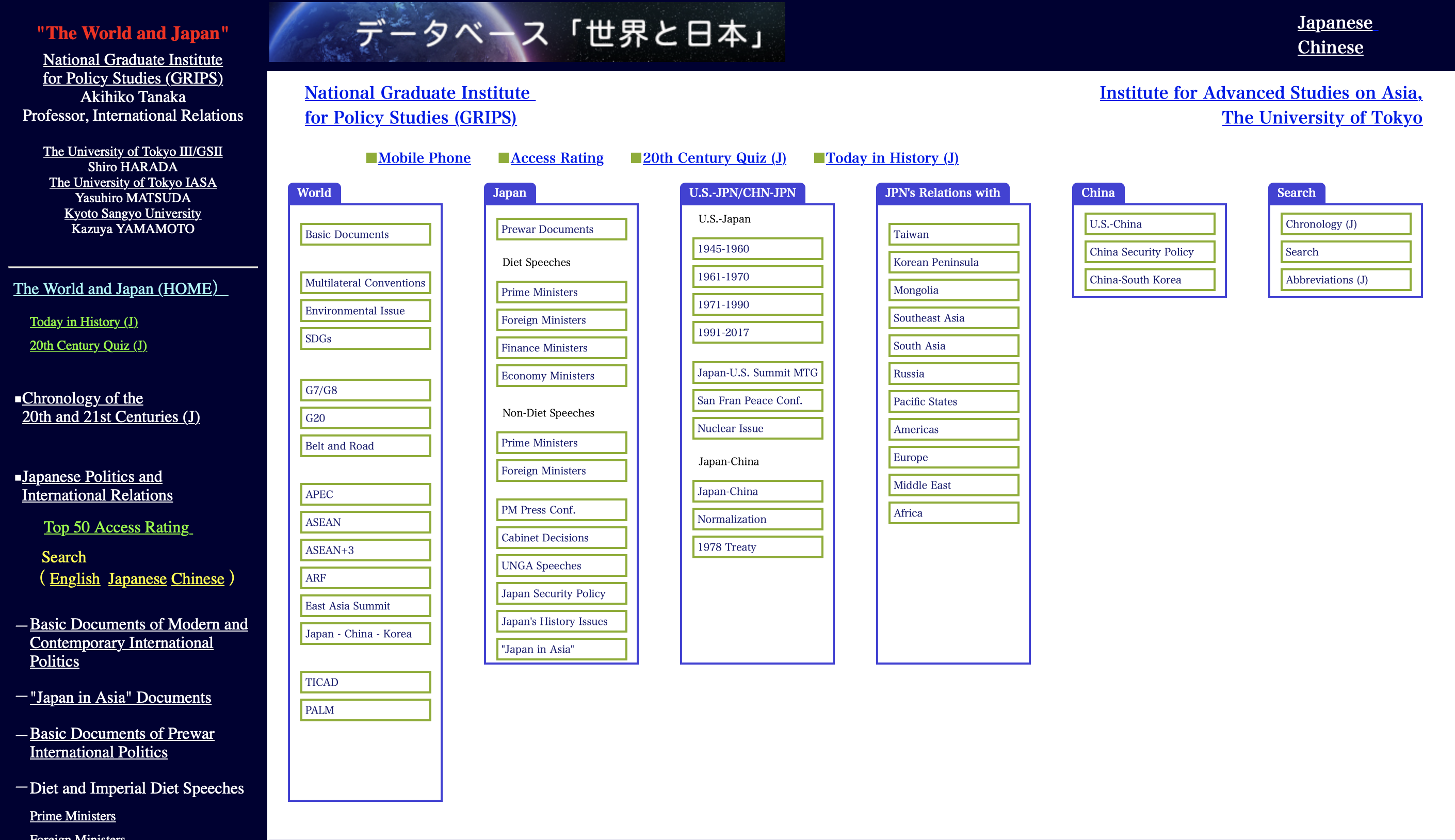 (Database “The World and Japan”) 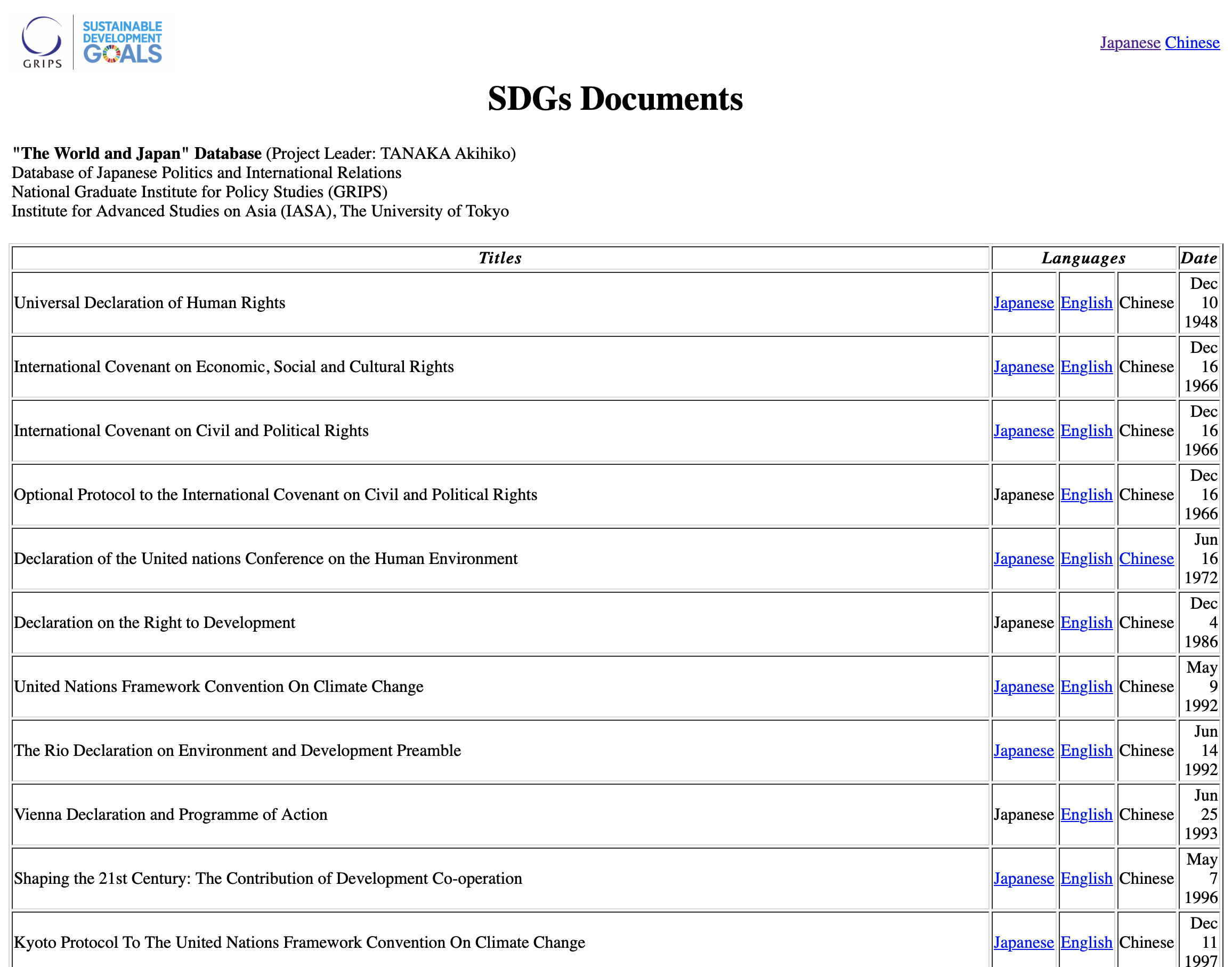 (“SDGs Documents” in the Database “The World and Japan”)

The “Japanese Politics and International Relations” database contains over 9,000 basic documents that are available for viewing by the public. These documents include multilateral treaties, bilateral treaties, joint communiques, texts of addresses and press conferences by prime ministers and Cabinet members, and documents on issues related to perceptions of history, from the arrival of Commodore Perry to the Second World War, through the Cold War era, to present day 21st century. Users can access specific documents from the lists (organized by field), or use a search engine and retrieve documents from the entire collection.

The “Chronology of the 20th and 21st Centuries” database is one of the world’s most detailed chronological table databases covering events that occurred in the world, and in particular in Japan, in the 20th century. Users can locate the data they need by means of key word searches. As for data on the 21st century, due to recent difficulty in obtaining development funding we have been unable to update that section.

Use and assessment of the database

The “The World and Japan” database is being used by numerous people, both in Japan and in other countries around the world. More specifically, it is being used by both experts in international relations and Japanese politics and diplomacy, and other parties such as government-related personnel, the mass media, and instructors in middle and high schools. It has been reported that the database is also accessed often by university undergraduate and graduate students in Japan, China, the Republic of Korea, and elsewhere. A standard textbook on the history of Japanese diplomacy, rates this database as “an extremely useful website providing easy access to primary documents for students and researchers” (The Diplomatic History of Postwar Japan, Makoto Iokibe (ed.), 3rd Revised Edition, Yuhikaku Publishing Co., Ltd., 2014, p.320).

Message from the project representative 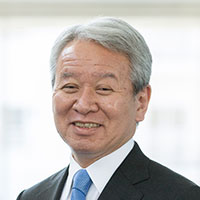 Members of the “The World and Japan” database project have been collecting historical materials continuously since 1994, with funding chiefly from Grants-in-Aid for Publication of Scientific Research Results under the Grants-in-Aid for Scientific Research program operated by the Ministry of Education, Culture, Sports, Science and Technology. At present, the development of the database is moving forward with funding from donations and several other sources including Grant-in-Aid for Publication of Scientific Research Result (operated by the Japan Society for the Promotion of Science). To date, the “Japanese Politics and International Relations” database has made more than 9,000 documents available for viewing. Nevertheless, many documents, including numerous ones dating from the 19th century to the first half of the 20th century, have not yet been uploaded. It may also be noted that new documents, such as those related to the Sustainable Development Goals, are being prepared steadily as international relations improve. Your donations, as an expression of your approval of the purpose of this project, will enable us to make the database even more complete.