Flood is the most common natural disaster in India. According to estimates, on an average, every year 75 lakh hectares of land is affected, 1600 lives are lost, and the damage caused to crops, houses and public utilities is over 1805 crores. To cope with this enormous damage caused by floods in the country, Government of India relies heavily on flood forecasting as one of the non-structural measures.

The conventional flood forecasting by Central Water Commission (CWC) is done through gauge-to-gauge correlation method, a statistical technique with a major in-built drawback of limited and fixed warning time (not more than 24hrs in India). It is done manually and hence it is time taking. To overcome such limitations, CWC introduced a rainfall based hydrological modelling technique for flood forecasting in 2017 through its three-day-advisory-flood-forecast-system. This system is sturdy, durable, and sustainable. It has been performing very well since 2017 and has operated successfully for all the past five flood seasons. It has been developed totally in-house by CWC officers and caters to the popular demand for longer warning time by increasing it to 72 hrs.

The system uses both hydrologic (rainfall-runoff) and hydrodynamic modelling engines for real-time water level and inflow prediction for all the 325 forecasting stations in the country. The system works in fully automatic fashion without any human intervention. It generates more than 2700 forecasts in a day which are easily accessible on a dedicated GIS platform. 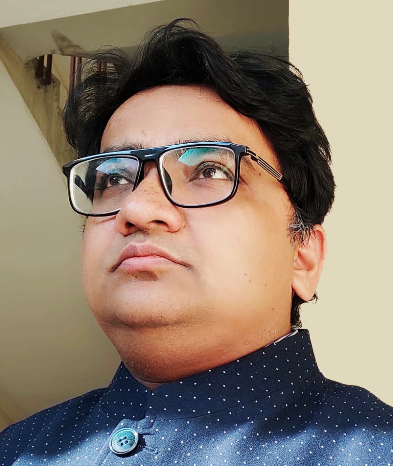 Er. Mohammad Faiz Syed, a Mechanical Engineering Graduate, joined the Central Water Commission, an apex technical organization of Government of India, in 2007 after securing an All India 13th rank in the Indian Engineering Services (IES). He has keen interest in the water sector and has been serving at various important positions in the River and Flood management of the country. He earned his Master’s degree in Disaster Management from GRIPS in 2015 and was awarded the Best Researcher Award for the same. He currently holds the position of Superintending Engineer in the North East region of the country and mainly looks after the works of survey & investigation, monitoring and appraisal of various irrigation projects in the states of Meghalaya, Manipur, Mizoram, Tripura and Assam. Being an important representative of central government, he plays a key role in the development of water sector in these States.