In response to a request of the Monitoring Office of Program 165 based on the decision of the Secretariat of the Central Committee of the Communist Party of Vietnam,
GRIPS held a five-day program for senior executives for five days from March 8 to March 12, 2010. This was the first program for high level officials of Vietnam.

Senior executives in the party, ministries and government-affiliated organizations participated in the program.
After working at high level positions such as vice minister and bureau director in the party or in ministries,
they are currently working as top executives in provinces.
There were 23 participants, headed by Mr. Nguyen Chi Dung, former Vice Minister of Planning and Investment and currently the Deputy Secretary and the Chairman of Ninh Thuan Province.

The training program was designed by Professor Masahiro Horie and was composed of a series of lectures and site visits.
Professor Horie and Professor Yoichi Okita gave lectures on wide-ranging issues in the management of government and public administration, public servants and management of the economy.
Professor Kenichi Ohno and Professor Izumi Ohno talked about their activities in Vietnam and advised on the economic and social development of Vietnam.

Participants paid courtesy visits to Minister Kazuhiro Haraguchi and Vice Minister Ryoji Fukui of the Ministry of Internal Affairs and Communications (MIC).
They also visited the House of Parliament, the Ota City Industrial Promotion Organization, Hayashi-Soji Corporation (an innovative SME), a computer facility at MIC, etc.
On the final day, a wrap-up session was held for discussions and Q & A., followed by a farewell lunch with GRIPS students from Vietnam, and professors and staff. 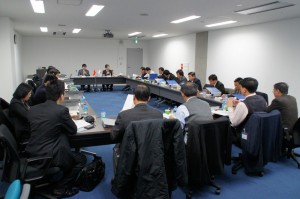 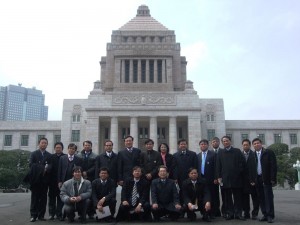 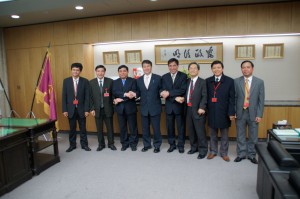 With Minister of MIC 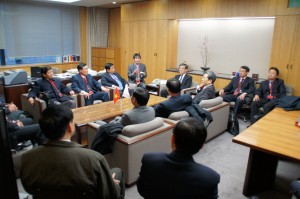 With Vice-Minister of MIC 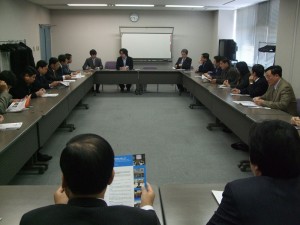 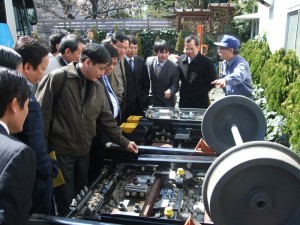 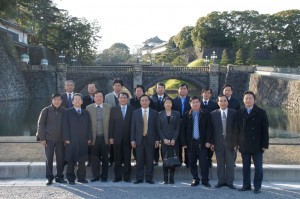 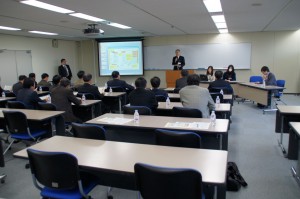 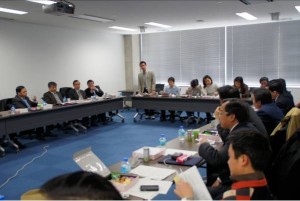 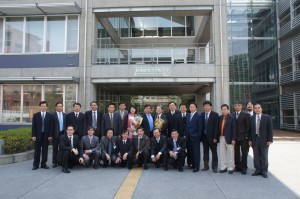