On January 31, 2008, GRIPS invited Mr. Anand Panyarachun, Former Prime Minister of Thailand, to give a lecture in commemoration of the 10th anniversary of the school’s foundation.

In recognition of the former prime minister’s years of contributions to the advancement of the policy system and the development of the global community, “Doctor of Government” was awarded to Mr. Anand by President Hatta.

Mr. Anand attended a round-table conference with GRIPS students after the lecture. The active discussion that developed became a meaningful experience for the students.

The full text of the commemorative lecture is here. 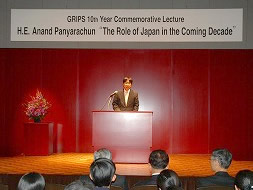 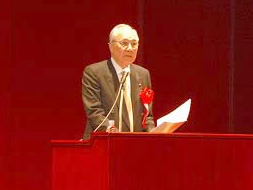 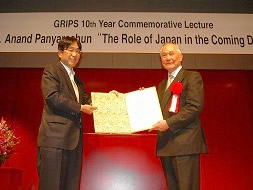 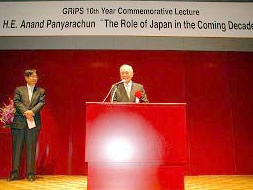 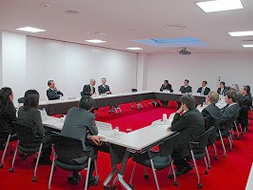 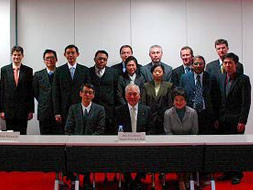