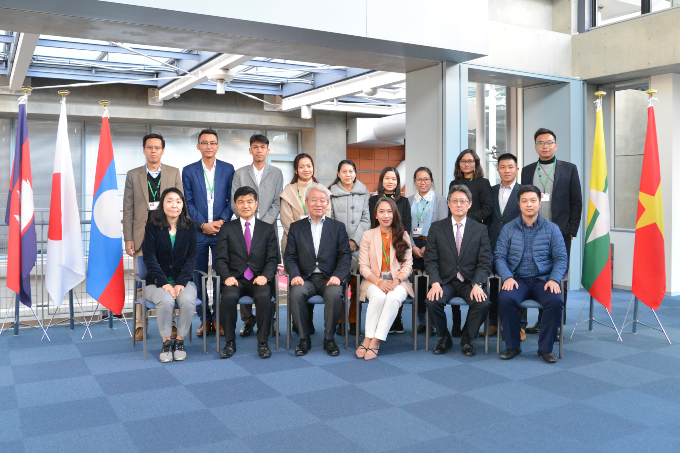 On February 18, 2020, twelve administrative officials from the ASEAN secretariat visited GRIPS. They are participants in the Attachment Programme to the ASEAN Secretariat for Officials from Cambodia, Lao PDR, Myanmar, and Viet Nam (CLMV), which is supported by the Japanese government via the Japan-ASEAN Integration Fund (JAIF).

The meeting began with welcoming remarks by President Akihiko Tanaka and a general introduction to GRIPS by Executive Vice President Mikitaka Masuyama.

Twenty-four international students in the Young Leaders Program (YLP) joined the meeting. YLP was launched introduced by the Japanese Ministry of Education, Culture, Sports, Science and Technology in 2001 with the objective of fostering future national leaders of countries in Asia and other regions. One YLP student talked about the appeal of studying in YLP. The administrative officials from the ASEAN secretariat listened intently and raised questions about YLP admissions.