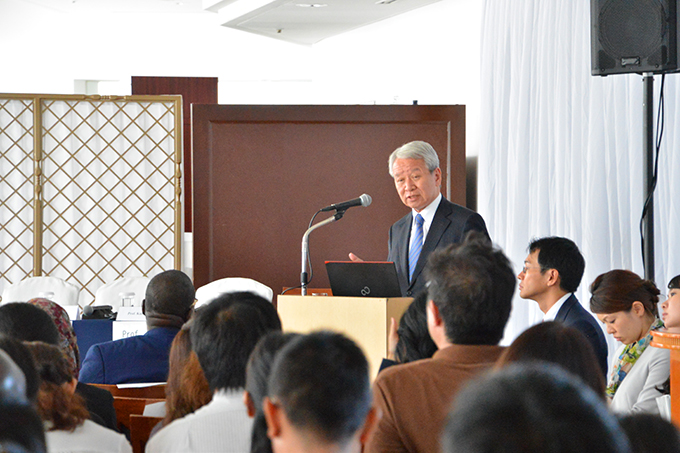 The International Symposium on High Skilled Human Resources Development and Inter-university Collaboration for STI Promotion in Africa was held in Yokohama on August 27, 2019 as a side-event of the 7th Tokyo International Conference on African Development (TICAD VII). Prof. Akihiko Tanaka, President of the National Graduate Institute for Policy Studies (GRIPS), gave a keynote address, and Prof. Atsushi Sunami, Executive Advisor to the President at GRIPS, served as moderator of the panel discussion.

The symposium, on the theme, “construction of inter-university networks for advances in science, technology, and innovation in Africa,” was hosted by the Japan International Cooperation Agency (JICA) and jointly organized by GRIPS and the Sustainable Development Goals Center for Africa (SDGC/A). The keynote speaker was Dr. Belay Begashaw, Director General of SDGC/A; other speakers included Prof. Belay Kassa, Director of the Pan African University (PAU), Prof. Victoria Wambui, Vice Chancellor of Jomo Kenyatta University of Agriculture and Technology (JKUAT), and Prof. El-Gohary, President of the Egypt-Japan University of Science and Technology (E-JUST). The symposium was a resounding success, attracting a total of 100 participants.

To begin the day, Noriko Suzuki, JICA Senior Vice President, presented an overview of and the future vision for a JICA project promoting higher education in the area of science and technology in Africa. Her address was followed by the first keynote speech, by Dr. Begashaw, who described higher education issues in Africa, and the Kigali Initiative, a 2018 initiative aimed at “mobilizing African leaders and societies to invest heavily and consistently in the continent’s tertiary education.” 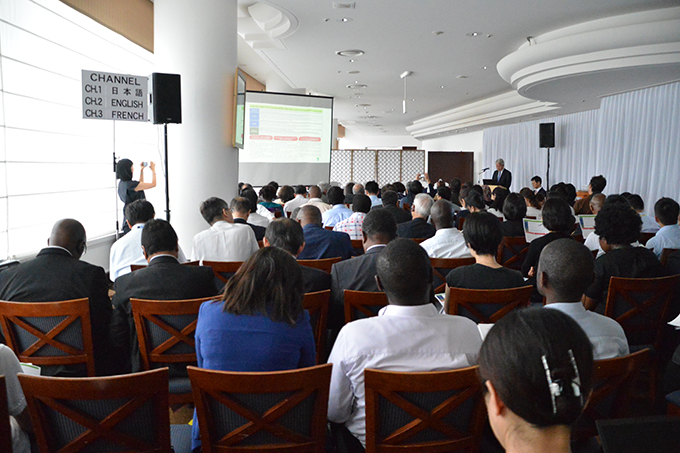 The second keynote address was delivered by President Tanaka, who spoke in his capacity as a member of the Advisory Board for the Promotion of Science and Technology Diplomacy. He described the origins of Japan’s science and technology diplomacy, approaches taken, and results to date, and summarized “Recommendation: Achieving an innovation ecosystem together with Africa,” proposed to the Japanese Minister for Foreign Affairs by the Science and Technology Advisor in the leadup to TICAD VII. President Tanaka concluded his remarks with the assertion that Japan and Africa could move forward together toward SDG attainment and the pursuit of an ideal society through science and technology.

The discussion panel included representatives of PAU, JKUAT, and E-JUST, the three core universities working to develop highly skilled human resources in the field of science and technology, and of Universities South Africa (USAf), the World Bank, and Kyushu University. The lively discussion ranged across issues in and the outlook for science, technology, and innovation (STI) in African development; the importance of networking among academics and researchers in Japan, Africa, and Asia; closer coordination on the fronts of education and research; and closer coordination among the development partners.

Bringing the symposium to a successful conclusion, in his closing remarks moderator Prof. Sunami urged the importance of continued discussion towards sustained advances in higher education in Africa. 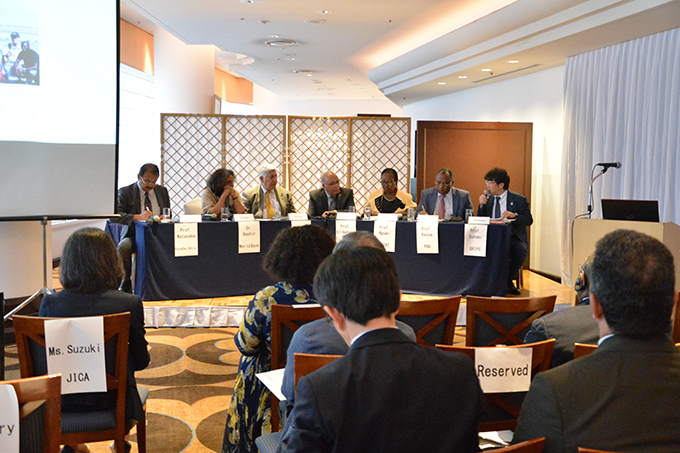 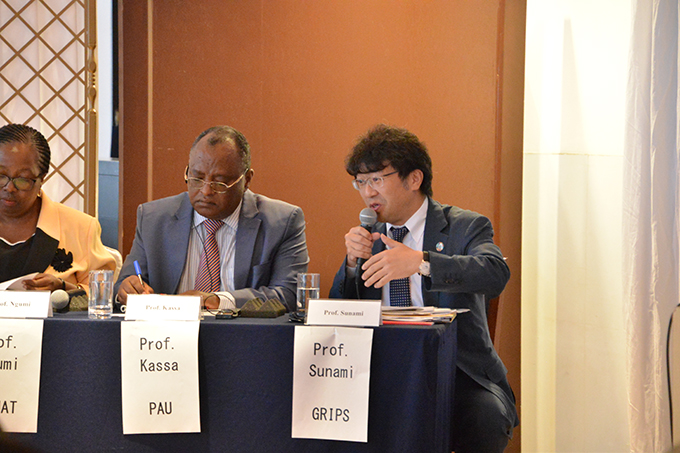